On immediate basis, 11,300 now acts as key support for Nifty monthly with next major placed at 11,000. Participant data points towards the bullish bias of Foreign Institutional Investor.

Indian markets displayed stupendous rally for yet another week as Nifty50 rallied by 3.5 percent. All the major sectoral indices were in green.

Crude is stabilizing near 67 with Rupee/Dollar appreciating by about 1.5 percent to 69.09 level provided the necessary impetus to the rally.

Move in stocks is supported by OI addition of 15-25 percent each. The Nifty Energy also showed buying interest led by the move of 4-6 percent in Reliance Industries, ONGC, and OMC stocks.

India VIX remained range bound within 15 percent to 16 percent during the week. Volatility skew, an advance study of the placement of IV did depict the move of 11,500 at the beginning of the series, indicating underline bullishness in the market.

PCR (Put Call Ratio) OI wise is moving in the range of 1.6-1.8. Friday session saw ratio trading at 1.77. A significant move above 1.85 could see some consolidation coming in.

The Nifty Option Open interest remained relatively light on Call side, highest being at 11,500 of 23.46 lakh as fright is visible among Call writers while and Put writer showed aggression at every 100 points rally by an upward shift in Put base.

On immediate basis, 11,300 now acts as key support for Nifty monthly with next major placed at 11,000. Participant data points towards the bullish bias of Foreign Institutional Investor (FII).

Clients on other end have gone net short in Index futures this week to 45,929 contracts compare to long of 7,119 contracts seen in the week gone by.

Overall data points towards inherent bullishness in Nifty with substantial long addition in futures, lower Calls resistance and upward shifting Put base to 11,300.

Thus it is prudent to deploy Bullish Strategy on Nifty. With next week being truncated and approaching expiry, Call Butterfly Spread in monthly expiry is recommended.

Call butterfly Spread is a bullish strategy that expects a positive move in underline. It’s an idle strategy to play for positive bias along with being completely hedged. 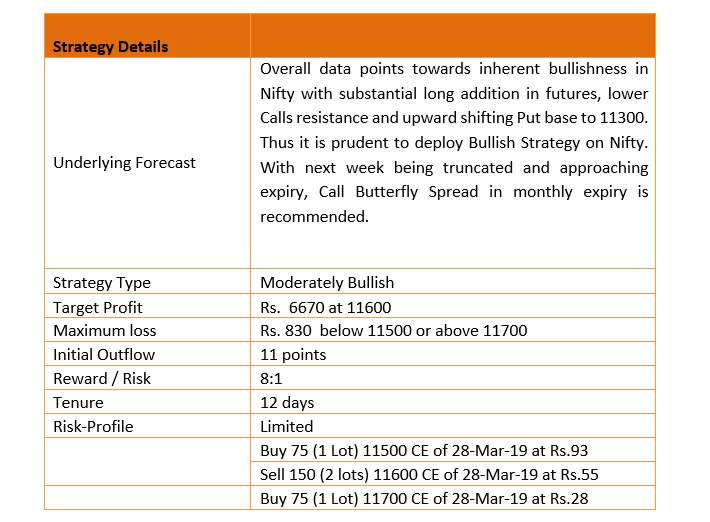 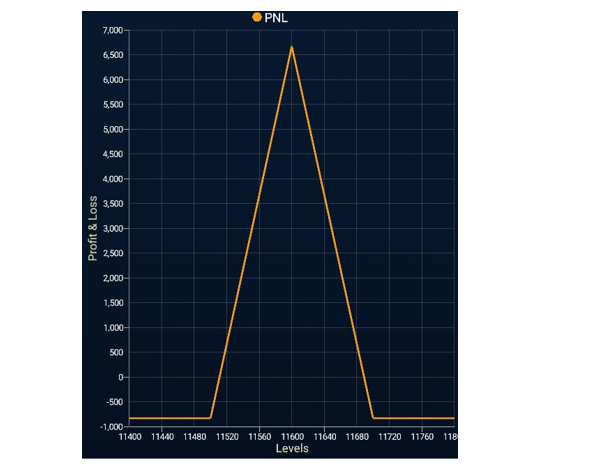